Happy Monday!  Not sure how many of you stayed up to watch the Super Bowl.  I’m not a football fan…..like at all.  The Puppy Bowl was more my speed!  But I did enjoy watching the commercials and the half-time show.  Here’s another weekly meal plan for you guys. 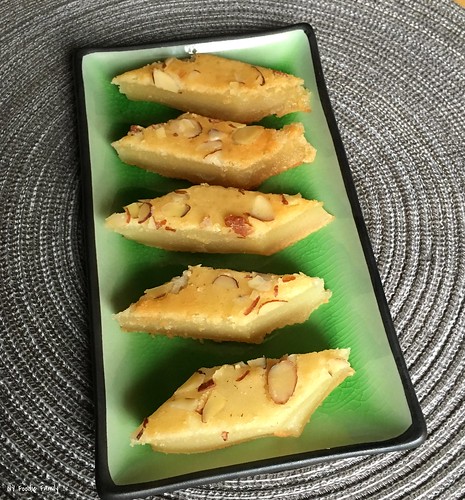 Saturday – We had our monthly supper club on Saturday.  This month’s theme was fittingly Chinese New Year.  I picked to make dessert and ended up making two.  I made Nian Gao (traditional Chinese New Year Cake) and Chinese Almond Cookies.  We had a tasty dinner!

Sunday – My husband was in charge of dinner tonight.  At my son’s request he made tacos, which ended up being nachos when he discovered that I had thrown out the tortillas that had been sitting around for awhile.  We were all fine with this audible though.  I was in heaven with the homemade guacamole!  He made cilantro-lime rice as a side.  Yum! 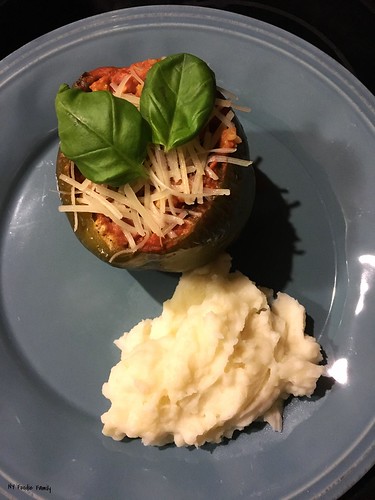 Monday – I made Stuffed Peppers with Tomato Basil Cream Sauce from How Sweet It Is.  This is not a quick meal to make.  Easy….yes.  However, there’s some prep work in cutting the peppers and making the filling and sauce.  Then, the peppers have to cook for almost an hour.  Overall, this dinner was okay.  We weren’t huge fans and if I’m going to make stuffed peppers, I’d rather make them in the slow cooker.  I served these with mashed potatoes, as recommended. 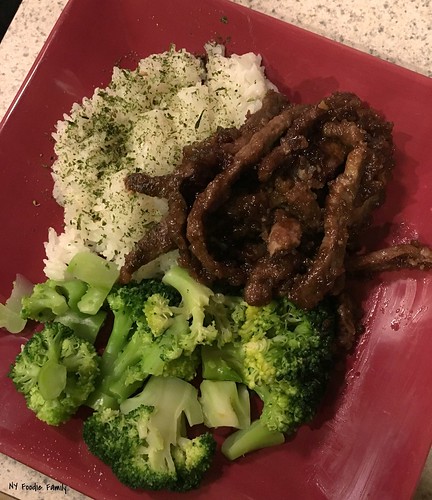 Tuesday – I made Crispy Sesame Beef from Damn Delicious.   While the beef had good flavor, mine didn’t actually quite get crispy…..more like a mushy, cornstarchy mess.  I served this with rice and broccoli.  We all ate it, though I think next time I’d just omit the cornstarch and just marinate the beef in the sauce. 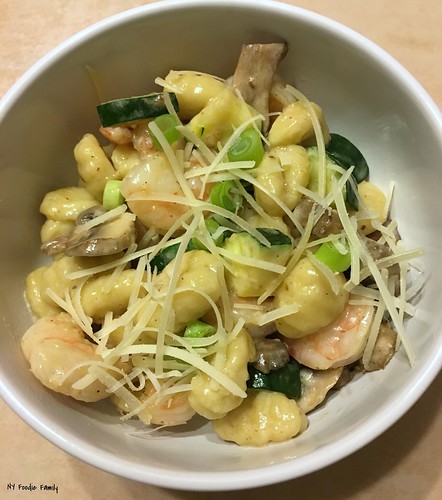 Wednesday – I made Shrimp Alfredo Gnocchi from The Little Kitchen.  The only time-sucker in prepping this meal was de-veining the shrimp.  Otherwise, it was quick and easy to prepare.  I liked this meal.  However, my son had lots of complaints.  He doesn’t like mushrooms (which this dish has) and thought the gnocchi tasted, “weird.”  So, he didn’t eat much of his dinner.

Thursday –  Leftovers!  This rarely happens, but this week we had so many leftovers from earlier in the week.  Everyone got to make a plate of whatever they wanted.  This was super handy, since Thursday is so busy!

Friday – I made our usual homemade pizza.  This week I made pepperoni pizzas.  Quick, easy and tasty!