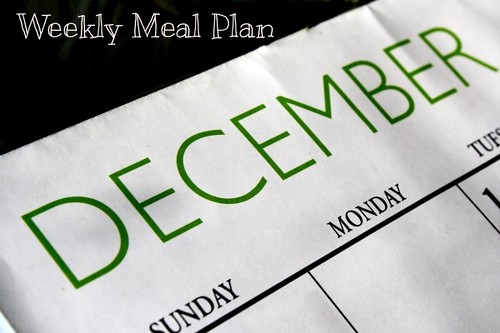 Happy Monday everyone!  The countdown to Christmas has begun!  I hope everyone had a great weekend.  The family and I were sick for most of the weekend….blah.  Hoping the coughs and runny noses are gone for the holiday.  Here’s a look at what was on our menu last week.  You can read more about our meal planning process if you’d like some inspiration.

Saturday:  We went to a friend’s house for dinner.  The kids helped make homemade pizza and enjoyed playing with their friends.  Sadly, no pictures were taken. 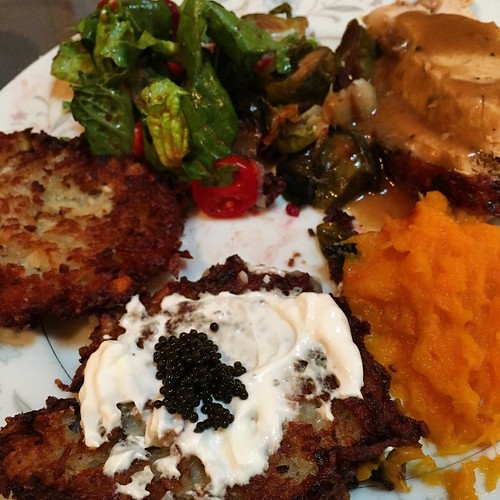 Sunday: We went up to the Weekend Chef’s aunt’s house for a latke party.  We enjoyed latkes of course as well as mushroom barley soup, turkey, mashed sweet potatoes, brussels sprouts, salad and challah bread.  Yum! 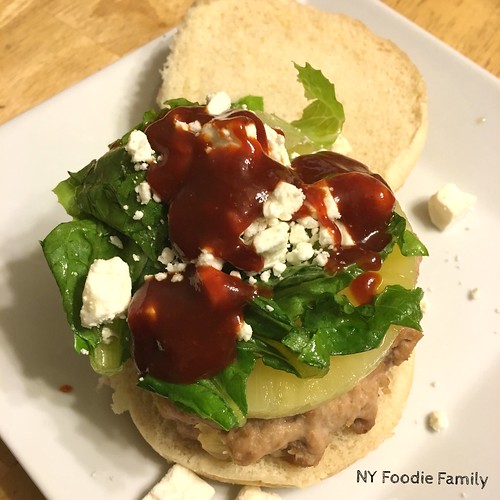 Monday:  I made Korean BBQ Chicken Burgers with Grilled Pineapple and Gochujang BBQ Sauce from Closet Cooking.  Major adaptions were made to the recipe including using ground turkey, no bacon, onions or cilantro and not adding the spicy gochujang sauce in the romaine slaw to keep it kid-friendly.  Even without all those omissions these burgers were pretty tasty.  There were just a lot of steps.  I served these with fries. 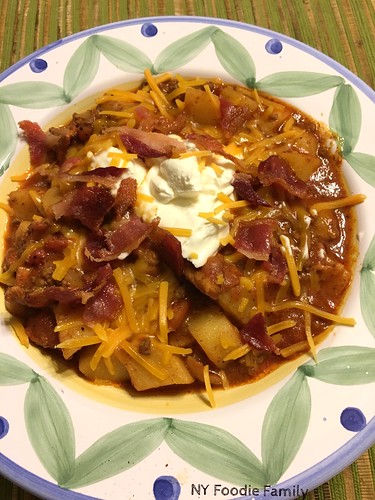 Tuesday: I made Stuffed Baked Potato Chili from Melanie Makes.  This was super tasty and perfect for cold weather (although we haven’t really been having such cold weather here in New York recently!).  I loved it because it had no beans and I’m not a big bean fan.  Out of all the dishes made this week, this is the one I most recommend! 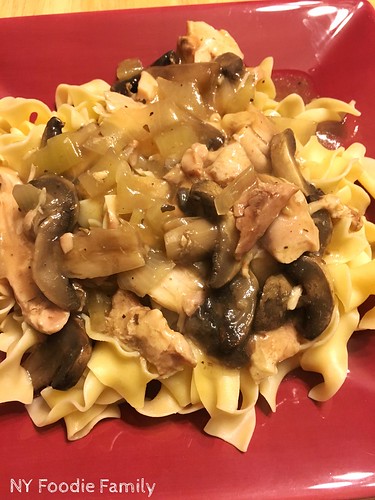 Wednesday: I made Slow Cooker Chicken Marsala Stew from Cooking & Beer which I served over egg noodles.  This was easy, being made in the slow cooker.  I used only chicken thighs and less mushrooms, since the kids don’t like mushrooms.  If I were to make this again, I’d use less garlic as well.  I found four cloves to be a bit overpowering. 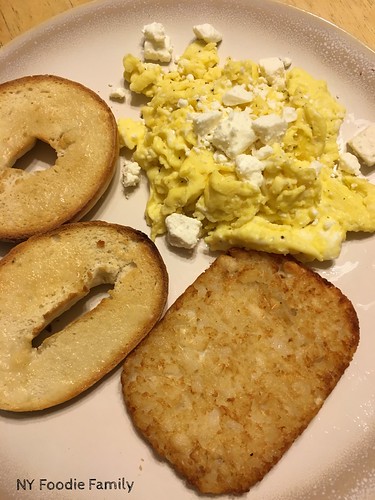 Thursday:  The Weekend Chef went out to dinner with a friend, so it was just me and the kids.  This was the first day of me feeling sick so I went with something quick and easy.  Breakfast for dinner which included scrambled eggs, a hash brown patty and a bagel. The kids loved it!

Friday:  I made Penne with Sausage, Eggplant and Feta from Cooking Light.  This was a recipe repeat – something I had made ages ago, but thought was worth repeating.  This disappointed and wasn’t as good as I remember.  The kids don’t like eggplant and didn’t like this at all.