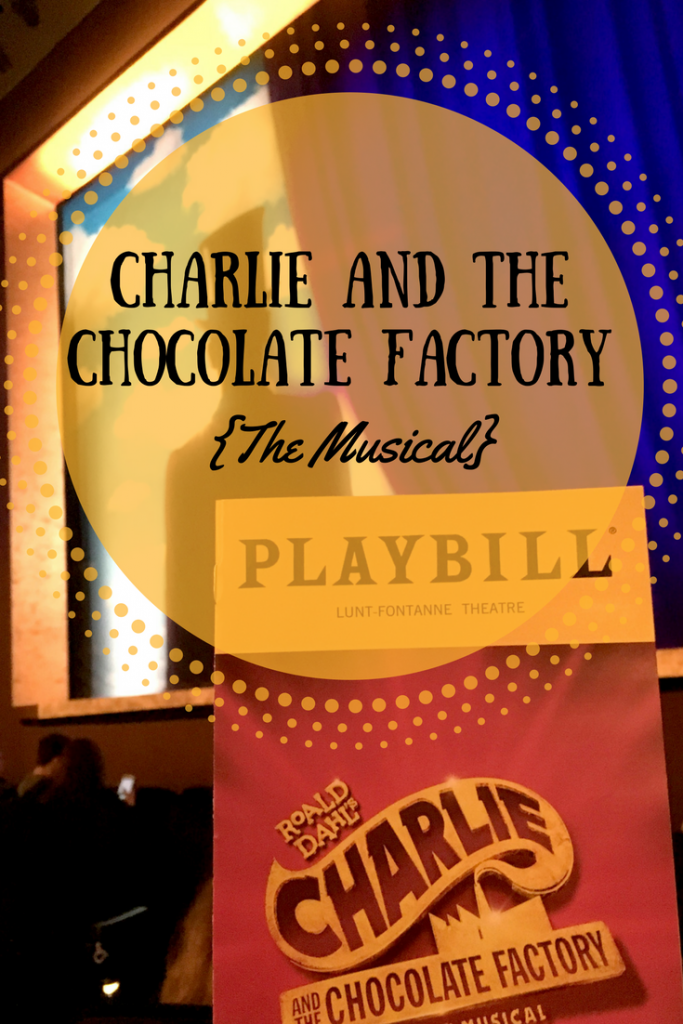 The joy of that infamous candy factory continues to resonate with children today, as Charlie and the Chocolate Factory has made its way to Broadway.  The show, which opened in April of 2017, continues to attract crowds of all ages.  My eleven-year-old daughter and I recently caught a Saturday matinee showing. 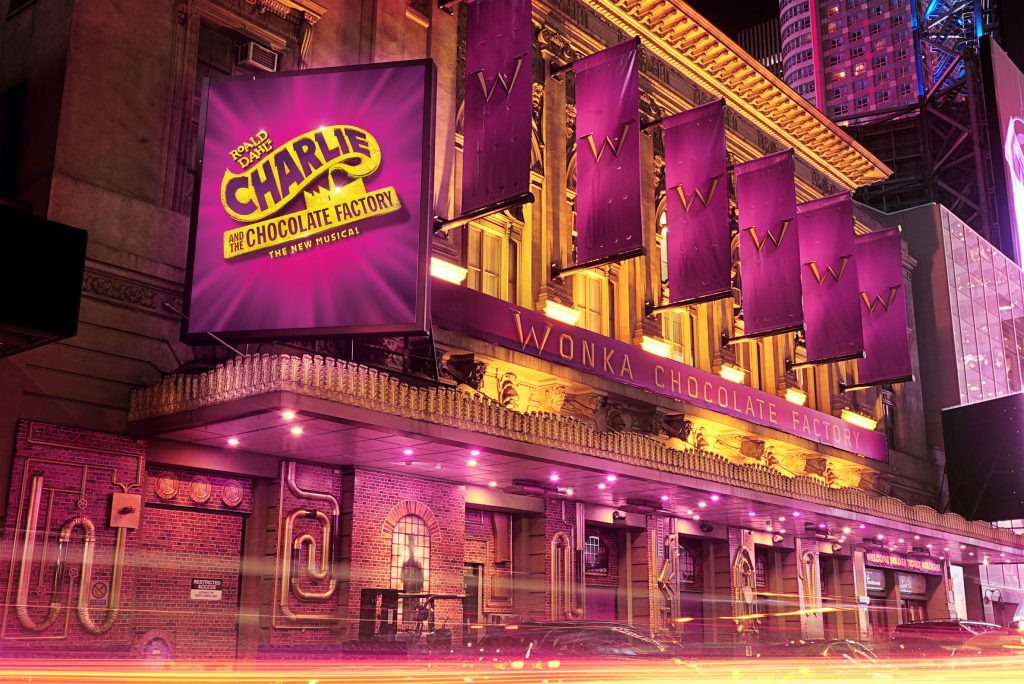 The show takes place in the Lunt-Fontanne Theatre.  Opened in 1910 as the “Globe Theatre,” recent past productions at the Lunt-Fontanne include Finding Neverland, Motown: The Musical,  Beauty and the Beast, and The Little Mermaid. 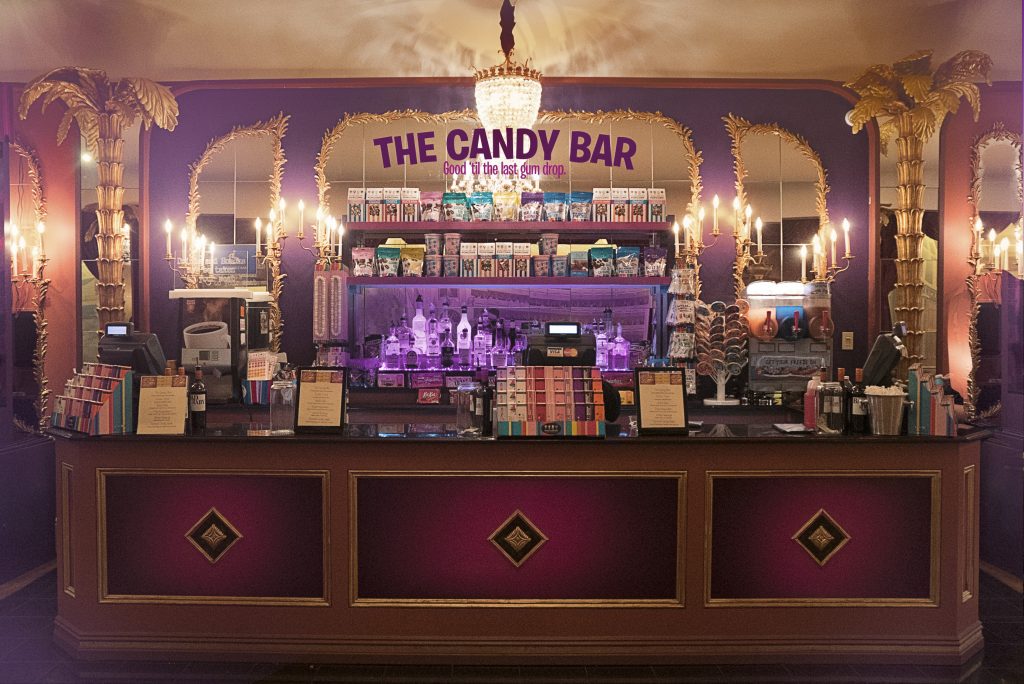 I must warn you that you can’t go into this musical expecting it to be exactly like the movie.  There are too many production technicalities and scene changes for this to happen.  The musical adaptation is an updated, modern version, with social media references and different genres of music. There are even some references that younger children will most likely not understand.  Aside from a couple of classic songs from the movie, the musical features several original songs from Scott Wittman and Marc Shaiman.

Act One sets the background of the poverty that Charlie endures and reveals the winners of the golden tickets.  The audience doesn’t get to visit the chocolate factory until Act Two.  I found the set to be surprisingly bare at times.  The whole scene where the children enter the edible candy room was set on a giant, wheeled cube, that lacked the “wow” factor that I had anticipated.  However, there were enough special effects and fun throughout the remaining act to keep us entertained. 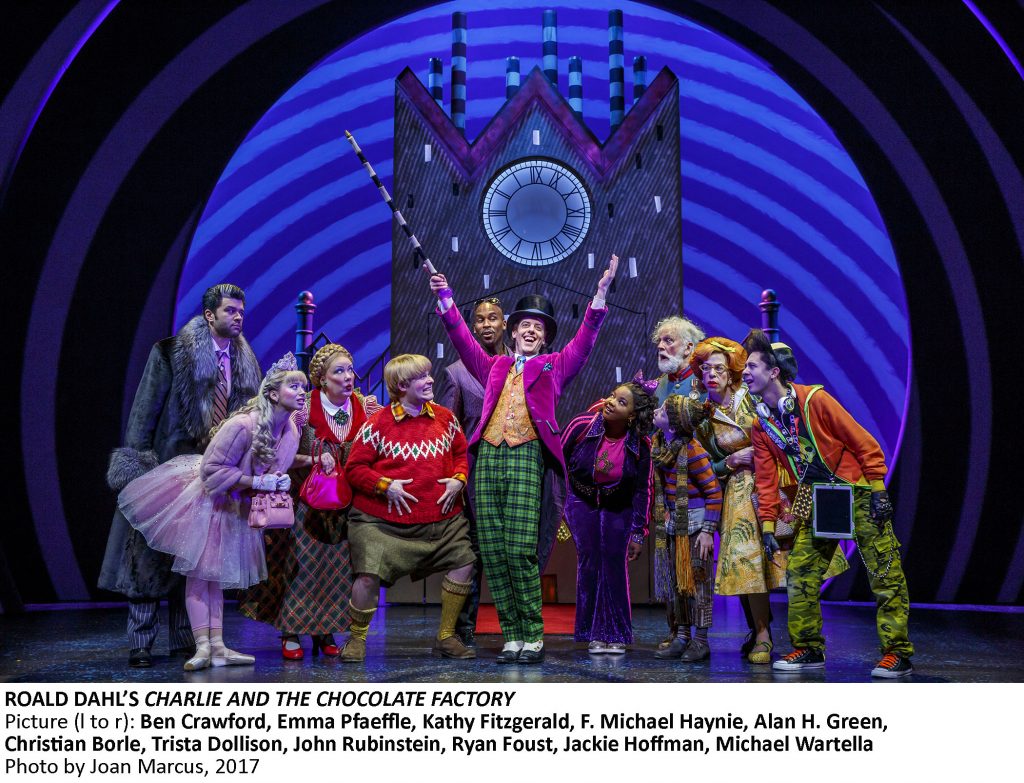 Two-time Tony winner Christian Borle does an amazing job playing Willy Wonka.  There are three young actors who rotate playing the role of little Charlie Bucket.  The day of our visit, Ryan Foust starred in the role.  The twelve-year-old actor stole my heart, perfecting the innocence of the character. I was a bit disappointed to see that only Charlie is portrayed by a child actor. The other ticket winners Augustus Gloop, Mike Teavee, Veruca Salt and Violet Beauregarde are all played by adults.  Mrs. Green adds humor throughout the show, selling her wares from her shopping cart.   The portrayal of the Oompa-Loompas was a fun addition to the show as well.

If you are going to shell out the requisite big bucks for a Broadway show, Charlie and the Chocolate Factory might be a safe bet for the family as it’s a story that most children are familiar with. It is a fun, family-friendly production that will entertain  and take viewers to a world of “pure imagination”, if only for a couple of hours. 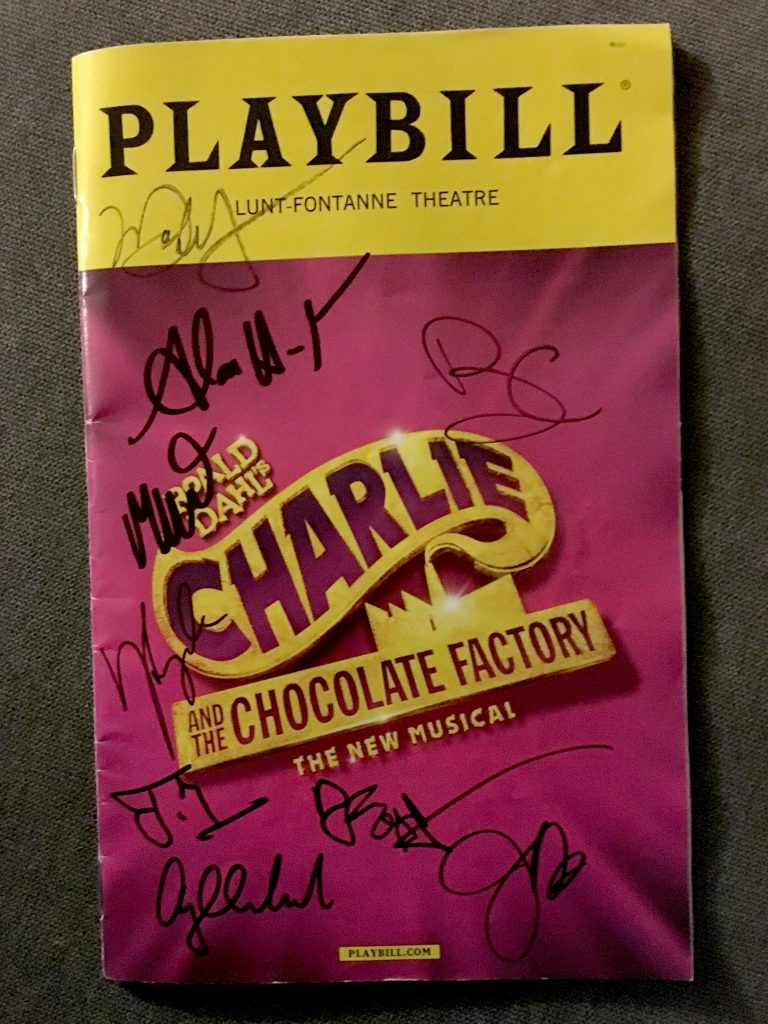 *The show is recommend for ages 6+

*Be sure to check out the doors and signs around the theater entrance for some fun, humorous photos before or after the show.

*If you wait by the stage door after the show you can get autographs and photos with the cast! 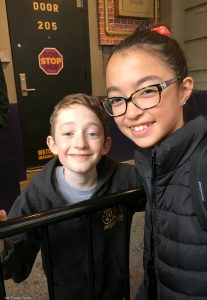 The @bonabonaicecream truck will be at Factoria at

Happy #fryday! Our family loves fries and we had

Tonight’s dinner was so good! I adapted @halfba

Plants and flowers make me so happy! We were glad

Beat the summer heat and cool off indoors at Magaz

Tonight’s dinner was delicious! I made Cauliflo

Hot days need cool drinks! My drink of choice is

We were in Cold Spring today and finally tried Moo

Last night we went to our very first drive-in movi