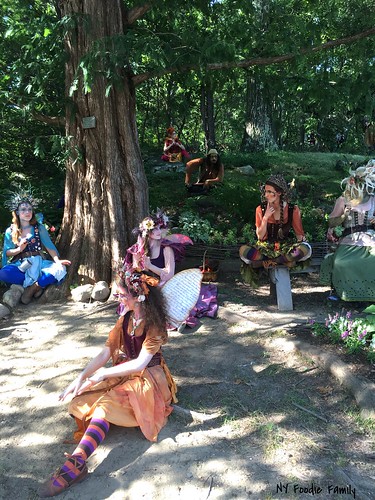 Last weekend my family and I visited the NY Renaissance Faire in Tuxedo, New York.  It was the last weekend before school started and we wanted to spend the day outside.  This was our kids’ first time visiting the faire so they had no idea what to expect!  Since the last time my husband and I visited was 10+ years ago before we had kids, this was like our first time as well!

So what is a Renaissance Faire?  This Renaissance Faire is a recreation of a Renaissance Village.  It is filled with entertainment, food and shops where everyone is dressed “character.”  For those who like to dress up, this is the perfect time to wear your favorite Renaissance costumes.  We saw MANY people dressed in Renaissance garb as well as, pirate, elf and fairy costumes.  If you don’t have a costume, no worries!  You can rent or  buy one at the various shops.

The NY Renaissane Faire runs weekends now through October 2 from 10 AM – 7 PM.  Tickets cost $25/adult, $20 Seniors/Military (with ID) and $12/child (5-12).  Children 4 and under are free.  Tickets are available to purchase on the grounds at the box office or can be purchased online in advance.  Select Walgreens stores offer discounted tickets, which is where we purchased our tickets.  They cost $20/adult and $10/child.

The drive from our house in Northern Westchester to the Faire is a little over thirty minutes, without traffic.  We arrived around 9:45 AM for the 10 AM opening.  We parked in the preferred parking lot, right across from the fair grounds for $10 (cash only).  There are free parking options further away from the entrance gate (although we didn’t see them, so not sure how far away they are!). 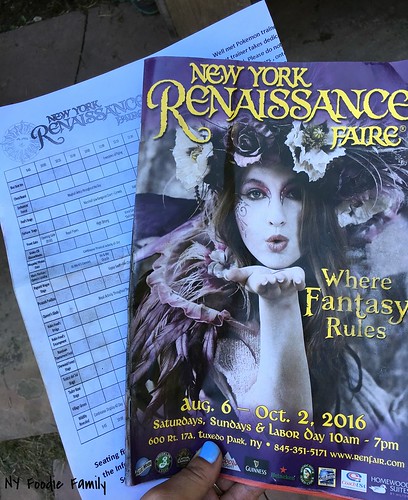 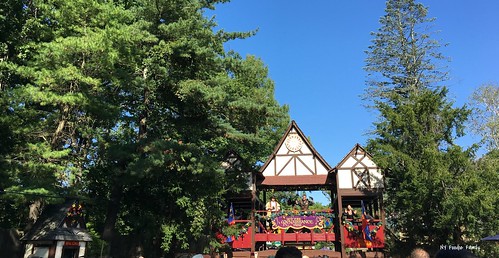 The gates opened promptly at 10 AM with the Sheriff speaking to the crowd prior to the opening. The majority of our day was spent seeing shows.  There are 20 stages throughout the 65 acres of faire grounds.  We spent 7 hours at the faire and didn’t see all the shows that we wanted to.  It was HOT and we were tired so we left around 5 PM. 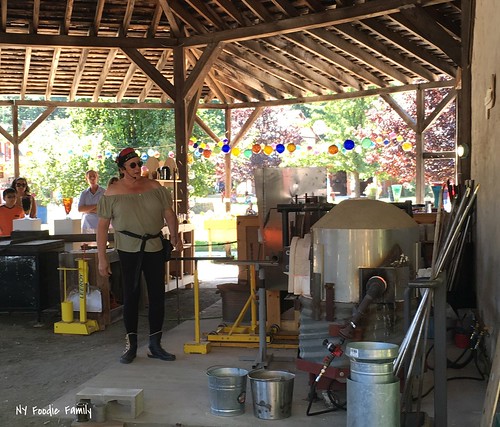 Besides a glass blowing demonstration that we watched for a bit, here are some of the acts that we did see: 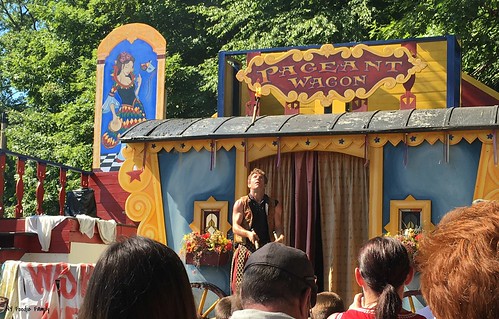 Gypsy Geoff – Fire Circus Show – A juggler and comedian, this was an entertaining show! 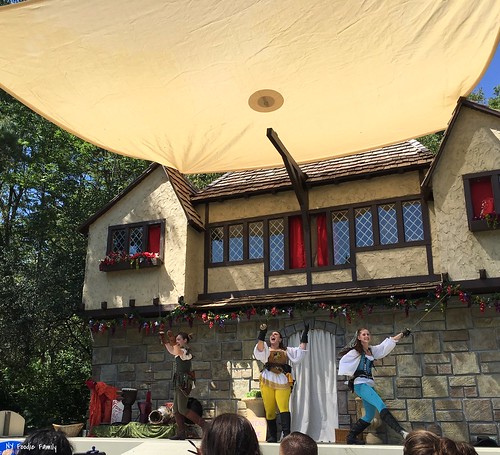 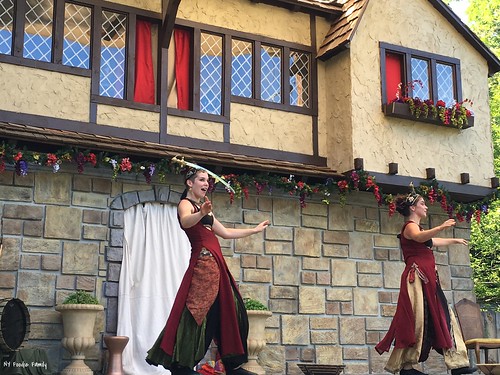 Trials by Combat Chess Match – A chess game where opponents battle it out to win the square.

The Sheriff’s Joust – One of two jousting shows, as jousters compete in different skills.  This is very similar to the Medieval Times Dinner and Tournament Show. 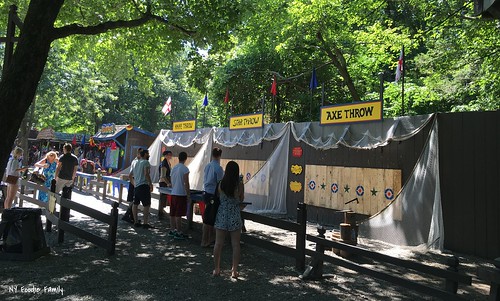 There are also games (like the axe throw, royal darts, and ring toss) and rides (like The Sea Dragon and The Whirly Burly) for an additional fee. You can try your hand at archery, ride a llama and participate in a pub crawl.  There’s an interactive Kidsquest and Sword Fighter training, geared especially for children.  Everything mentioned requires additional fees.

As for food, you can find everything from Steak-on-a-Stake, Turkey Legs and Dragon Wing Chips to Falafel, Pad Thai, and Burritos.  We shared a Cheesesteak Sandwich and a Sausage and Peppers Sandwich.  By the time we ate we were all starving and not very picky.  However, we weren’t impressed with either of the sandwiches.  Since it was so hot we had several frozen Lemonades.

There are so many shops at the faire!  You can find anything Renaissance including clothing, jewelry, crowns, candles, instruments, sculptures, soaps, pottery, glassware and souvenirs.  You can also get your hair braided or your face painted.

There is just so much to see and do at the Renaissance Faire!

Some tips for visiting the NY Renaissance Faire:

Get there early! – We arrived right at opening and the grounds were pretty empty.  A few hours later the place was packed!

Pack and apply sunscreen.  All stages are outdoors and shade is limited.

Bring cash.  Parking and food vendors are cash only.  There are ATMs located throughout the grounds, but save yourself time!  Besides the shows, all games and rides cost additional fees.

Bring hand sanitizer.  There is one bathroom with flushable toilets located at the back of the park.  Otherwise you are left using a port-a-potty.  At one point, we visited three different areas to find one that actually had soap in the dispenser.

Get to the joust early for seats!  There are only two jousting shows (2:20 and 5:50).  By the time we arrived, the bleacher seats were full.  We sat on the grass so far back on the hill that the kids weren’t able to get a good view of the show.

Bring extra money for show “tips”.  After every performance that we saw, the performers collected tips.   It appeared that most performers travel the Renaissance Faire circuit and this is how they make their living.