Monday, Monday…..back again.  Which means that it’s time for another weekly meal plan.  I’m sorry to say that this past week  was filled with a bunch of “eh” meals.  There was a good amount of comfort food though which was good with all the snow and cold weather we had last week!  Does anyone have any special dinner plans tomorrow for Valentine’s Day?  We are trying a new to us meal delivery service, so hopefully we will have a homemade tasty dinner!  Stay tuned for more details!

Saturday – We went to a Westchester Knicks game and ate there. 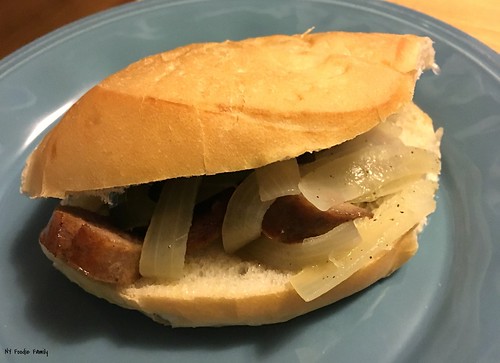 Sunday – My husband made Sausage and Pepper wedges for the Super Bowl. 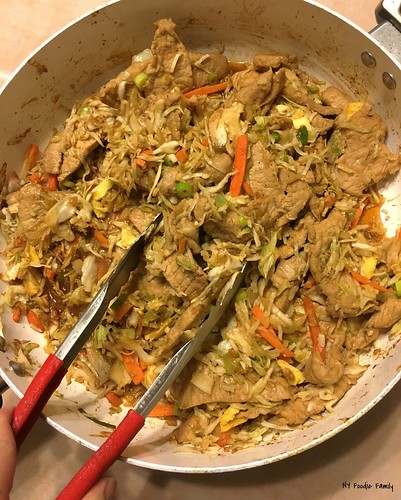 Monday – I made 20-Minute Moo Shu Pork from Gimme Some Oven.  Every now and then I’ll order Moo Shu Chicken when we get Chinese takeout.  So, I’m very familiar with the dish.  This recipe had Asian flavors, but in my opinion, didn’t really taste like the Moo Shu that I’m used to eating.  I served the filling in flour tortillas with a side salad.  We had leftovers for lunch on Thursday, during snow storm Niko, which I served over rice. 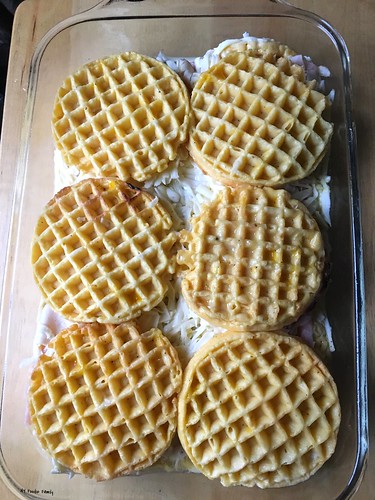 Tuesday – I made Monte Cristo Waffle Strata from Half Baked Harvest.  I had high hopes for this dish.  I prepped it Monday night, so all I had to do Tuesday was stick it in the oven.  I only served it with syrup….not the powdered sugar, cranberry preserves and fresh fruit that was recommended.  And I used frozen waffles (which I toasted first, as directed!).  I mean, c’mon, it’s a Tuesday night here!  After cooking, the bottom was super soggy.  The top layer was good though with the meat and cheese.  I normally like a salty/sweet combo, but this didn’t execute well for me. 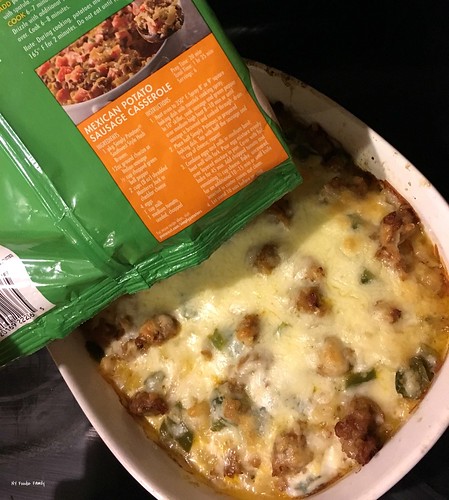 Wednesday – Have you ever made a recipe that you found on the back of a food product?  I rarely do, but ended up making this Mexican Potato Sausage Casserole from Simply Potatoes.  The only change I made was not adding diced tomatoes and adding salsa at the end.  Which I found to be a good change.  However, this was another dish that was just “eh” this week. 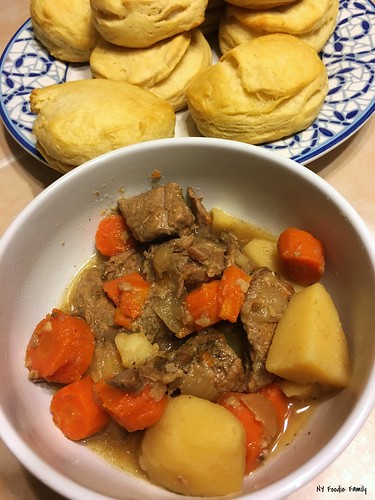 Thursday – I made Slow Cooker Beef Stew from allrecipes.  It was a perfect meal for a snow storm!  I’ve made beef stew in the slow cooker many times, though this may have been the first time that I used this particular recipe.  It was tasty enough, but didn’t get thick.  I served the stew with some biscuits. 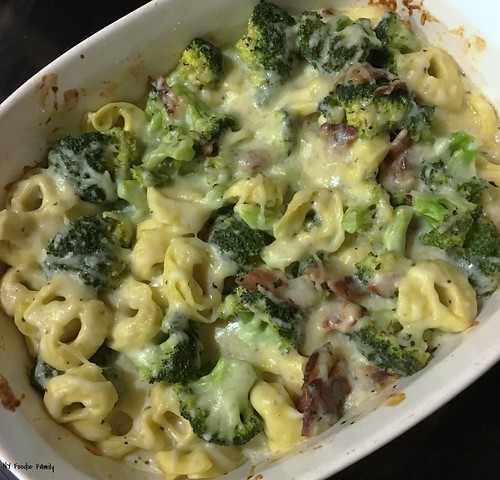 Friday – I made Bacon Tortellini Bake from Fake Ginger instead of our usual homemade pizza.  This was a nice comfort meal to make and eat after spending an hour outside at the elementary school watching my kids go sledding with friends.  It was easy to prepare as well.