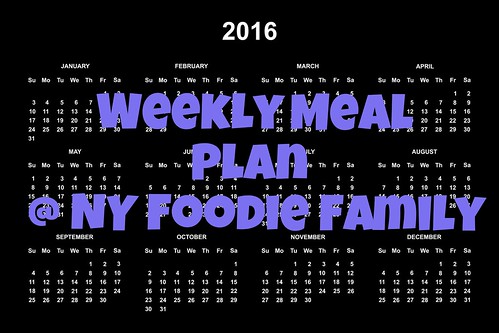 It’s Monday, which means another meal plan, here on the blog.  As you may have noticed,  I took a blogging break last week.  I’m hoping to be back to regularly posting this week!  Last weekend we had my daughter’s family birthday party.  We made a ham and had plenty of leftovers.  Knowing that we would probably end up with a lot of leftover ham, I planned the weekly menu using recipes that would help use it up.  This was especially necessary, since my son hates eating leftovers.  Yes, he’s 7 1/2 and has already become a food snob! So here’s what was cooking last week: 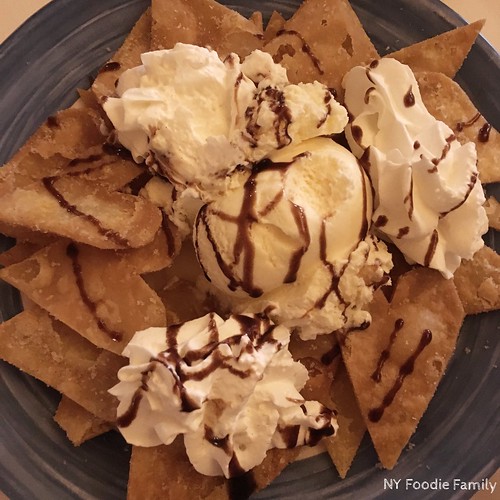 Saturday – We went out to dinner at a local Mexican restaurant.  I was too hungry to remember to take pics of our dishes (#thestruggleisreal/#firstworldproblems!)  but managed to get this dessert pic in before the kids really dug in!  My daughter picked out this dessert of fried dough with springled sugar, honey, whipped cream and vanilla ice cream.

Sunday – We had ham, twice baked potatoes and roasted broccoli for my daughter’s 10th birthday celebration with the family followed by an ice cream cake. 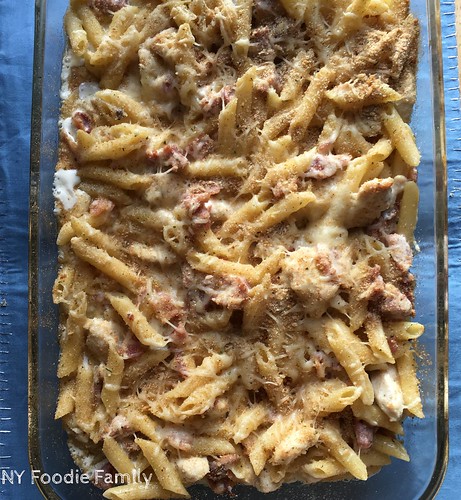 Monday – I made Chicken Cordon Bleu Pasta from Taste of Home.  I’ve made a similar type of dish before but not this specific one from Taste of Home.  This dish was tasty but definitely not “light” with the chicken, ham AND bacon.  While tasty, I won’t be making dishes like this again anytime soon – for healthy eating reasons. 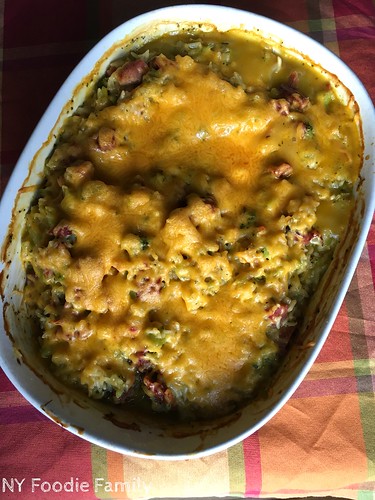 Tuesday – I made Cheesy Leftover Ham and Rice Casserole from I Wash You Dry. I used a defrosted box of frozen broccoli in lieu of fresh.  I thought that the two cans of cheese soup the recipe called for would have a weird or salty taste, but was surprised at how it worked in this dish.  The only soup I could find at Shoprite was Campbell’s.  This is an easy dish, but it’s not quick.  The casserole has to cook for over an hour.  This was a filling and tasty meal that we all enjoyed. 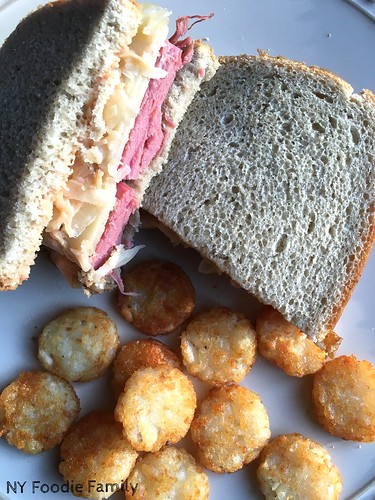 Wednesday – I made corned beef Reubens which I served with tater tots.  I cooked a corned beef in the slow cooker and then put slices of it on seedless rye bread. I then added Swiss cheese, sauerkraut and Thousand Island dressing.  The kids love Reubens so these sandwiches were a hit. 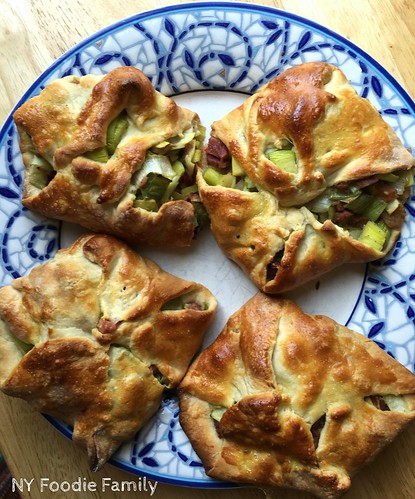 Thursday – I made Ham & Leek Hand Pies from Everyday with Rachael Ray.  We had a busy afternoon so I ended up making these earlier in the day and then reheating them in the toaster when we were ready to eat.  We ate these with a Caesar salad.  These were a little bit of work to make but very tasty.  I did omit the rosemary that the recipe called for since the kids and I really dislike the taste of it.

Friday – We went to my husband’s aunt’s house for a Seder to celebrate the first night of Passover.

What do you have planned on your menu for the week?