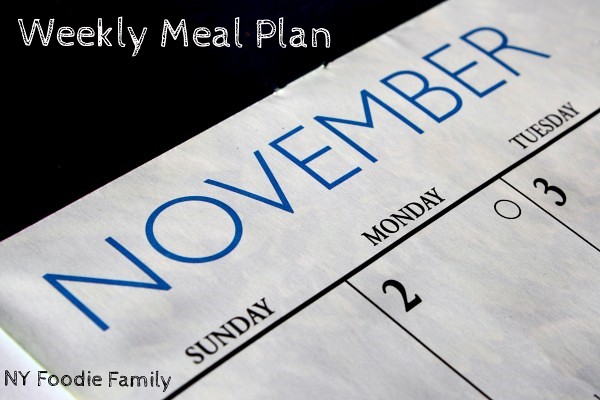 Does everyone have tons of Halloween candy from Saturday like we do?!!  The kids had a fun Halloween trick-or-treating with friends.  We have candy for days….or more like months!  The only downer was that when we went out trick-or-treating we left a bowl of candy out for trick-or-treaters.  When we got back we discovered that someone not only took all the candy, but they took our bowl too!  And it was our good, wooden salad bowl!  The Weekend Chef has been giving me an “I-told-you-so” since he had questioned earlier in the evening why we weren’t using the plastic bowl (which I was too lazy to clean out – but hey, he could have cleaned it out just as well!!).

We are recuperating from the time change, which luckily, knock on wood, hasn’t affected us too badly.  I’m sad seeing it get dark so early though!  We are in store for a hopefully not as busy week, with the kids off of school two days and the Weekend Chef taking those days off from work.

Now, on to last week’s menu.  You can read more about how we meal plan if you are new and would like some pointers.  Here’s a look at what was on our menu last week:

Saturday – We ended up having a late lunch at the Chinese Buffet and were so stuffed we didn’t eat dinner!

Sunday – The Weekend Chef made London broil which he served with buttered noodles and swiss chard.

Monday – I made Asian Ground Turkey & Broccoli Lettuce Wraps inspired by a recipe on Cupcakes & Kale Chips which I served with frozen egg rolls.  This wasn’t the first time that I’ve made some version of lettuce wraps.  These were pretty easy to make and the kids enjoyed them. 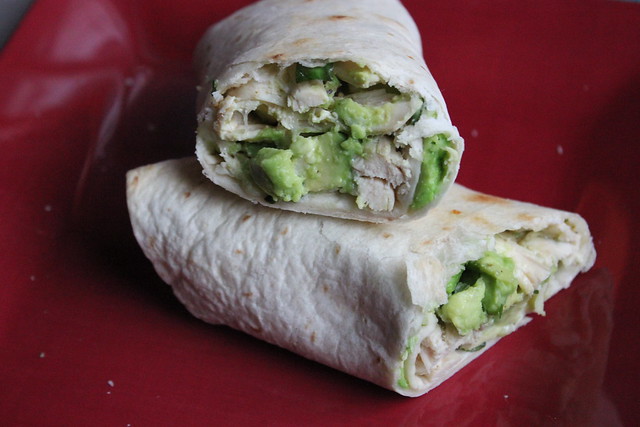 Tuesday – I made Chicken Avocado Burritos from Oh My God Chocolate Desserts.  I made one burrito without avocado for my son, since he doesn’t like it.  I used leftover shredded chicken that we had in the freezer, which was a time saver.  And I baked the burritos instead of frying them.  We all liked these!  I served these with yellow rice and sautéed swiss chard. 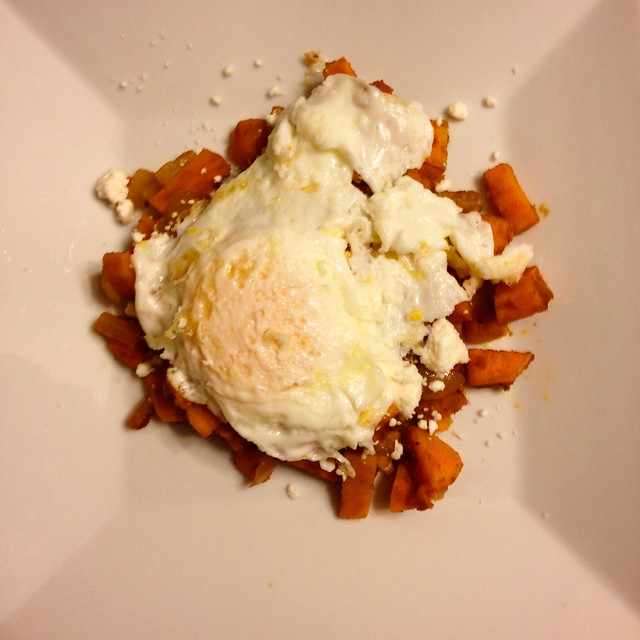 Wednesday – I made Spiced Sweet Potato and Goat Cheese Egg Skillet from Naturally Ella.  The kids, especially my daughter who’s not a big fan of sweet potatoes, weren’t sure they’d like this dish, but they did!  The seasoning really flavored the sweet potatoes.  And honestly, I think they will eat anything if you put a fried egg on top of it! 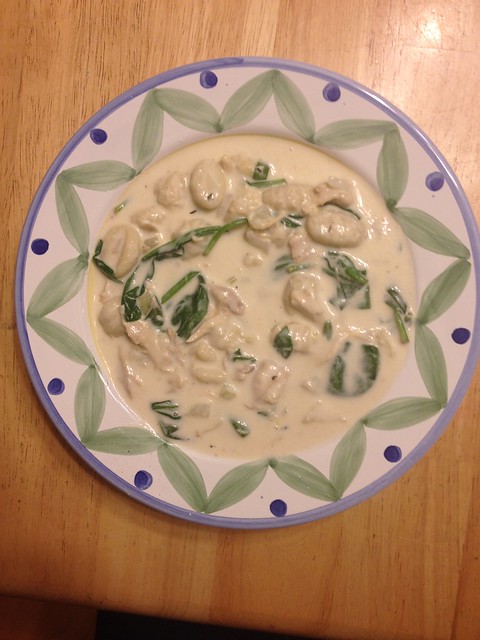 Thursday – I made Chicken and Gnocchi Soup from Taste and Tell.  This is supposed to be a copycat version of an Olive Garden Soup, but I’ve never had it.  This soup though was creamy, tasty and filling with the chicken and gnocchi. 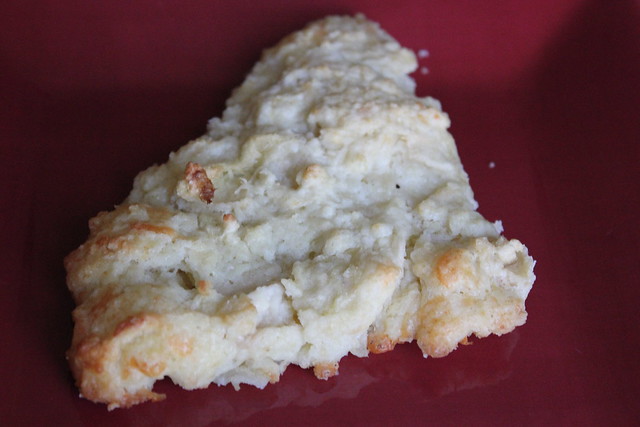 If I had realized that, I wouldn’t have made these Apple-Cheddar Scones from Pink Parsley to go with.  But, we had the leftovers for breakfast, so it was all good.  I didn’t realize the scones needed some prep work, like baking and cooling the apples.  I did a kind of rush job on them, but they came out really tasty anyway!  These were moist and sweet. 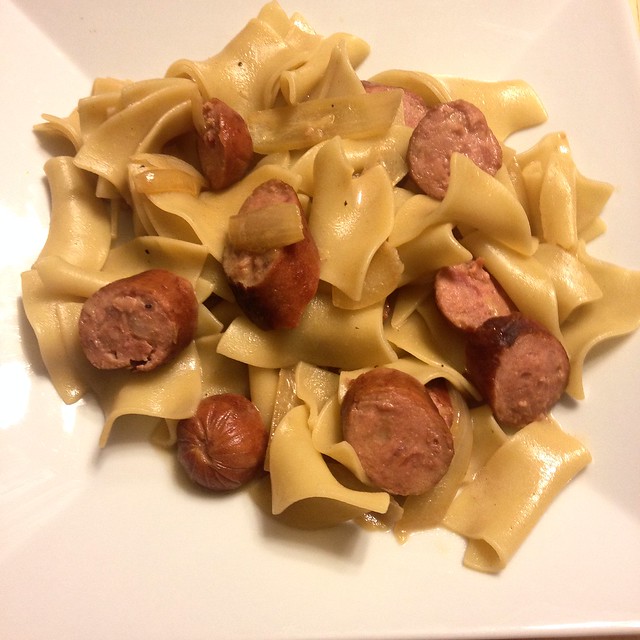 Friday – I made Brats with Beer & Mustard Sauce over Egg Noodles from Pink Parsley.  This was of course after hearing in the news that sausage, bacon and other processed meats cause cancer.  I added in a little honey to the sauce to sweeten it a bit and also added a little bit of heavy cream, since I had some left over from the scones.  This was a hearty meal perfect for a cool fall evening.  I used a Yuengling Black & Tan and the beer taste was pretty evident.  I’m actually surprised the kids didn’t comment on it!