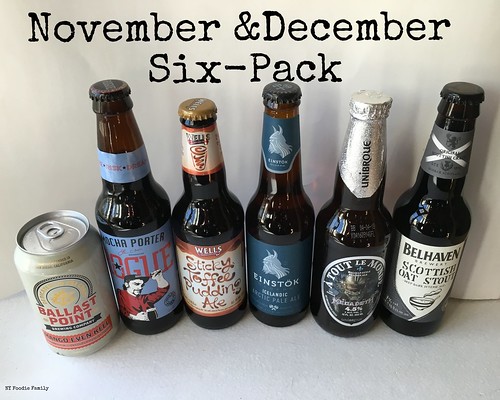 For our first six-pack review of 2017 we combined November and December’s six-pack.  Life got busy and my husband just wasn’t drinking enough!!!   Back in mid-November I took my husband to the Warwick Valley Bed & Breakfast to celebrate his 40th birthday.  While we were in Warwick, we came upon the Craft Beer Cellar.  My husband was like a kid in a candy shop when we entered the store.  The shop sells all kinds of craft beer and ciders by the bottle.  For the November & December six-pack all the beers were hand-selected by my husband from the Craft Beer Cellar. 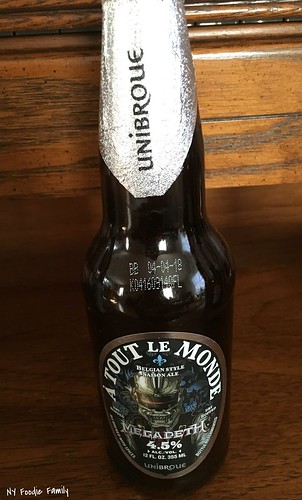 Unibroue:  A Tout Le Monde Megadeth –  A Tout Le Monde Megadeth is a beer created through a partnership with craft brewery, Unibroue, and Dave Mustaine, co-founder and lead singer of Megadeth.  A Tout Le Monde is a Belgian style Saison ale, brewed in Quebec.  The beer was recently launched in October in 12 ounce bottles.  This beer was one of my husband’s favorites!  He thought that the beer had a unique flavor, which he liked.  It had hints of spices and the tang of grapefruit, but the flavor was smooth and not overwhelming.  As he said, anything with Megadeath on it is worth trying and this one was a winner in his opinion.

Verdict:  A winner!  Definitely worth a try. 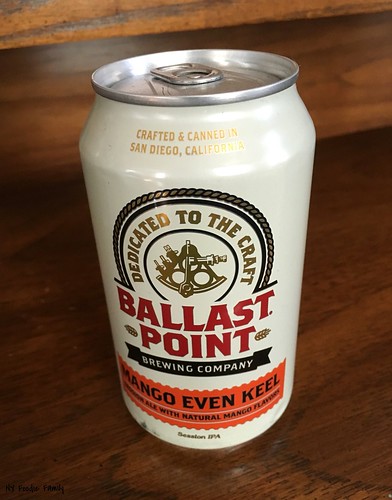 Ballast Point Brewing Company Mango Even Keel – Ballast Point Brewing Company began in 1996 and is based in California.  They brew spirits as well as craft beers.  The Mango Even Keel is available year-round in a 12-ounce can and draft.  This is a hoppy, session ale with mango flavors.  My husband found this beer to be very hoppy and bitter.  There was just a hint of mango flavor.  He didn’t end up finish this one and noted, “I won’t go out of my way to get another one.” 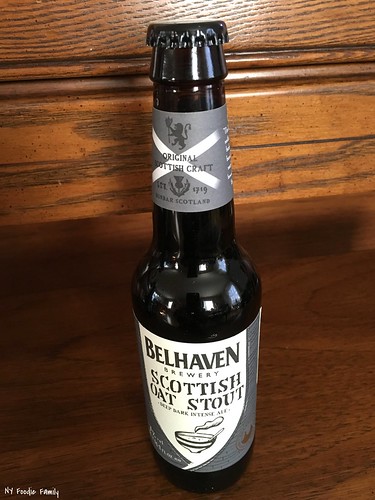 Belhaven Brewery Scottish Oat Stout –  Belhaven is Scotland’s oldest working brewery, established in 1719.  This Scottish Oat Stout is not currently on their website but appears to be available online and at distributors throughout the country.  The commerical description notes that this beer is, “dark, rich and layered with a wonderfully silky texture and a lingering finish.”  My husband found this beer to be thick and flavorful with hints of coffee and chocolate.  It was one of his favorites of the bunch!

Verdict:  A winner!  One of his favorites! 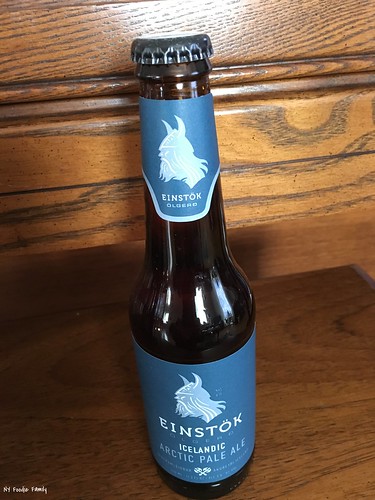 Einstok Icelandic Arctic Pale Ale – Einstok Brewery is located in Akureyri, Iceland, 60 miles south of the Arctic Circle.  This pale ale is where, “robust hoppiness meets smooth malty undertones.”  This beer had a smooth taste.  However, my husband had higher expectations for the beer.  The label makes the beer compelling, but my husband noted that if it didn’t have a special label, “it’s just beer.”  Overall this gets average ratings, but he wouldn’t get this one again. 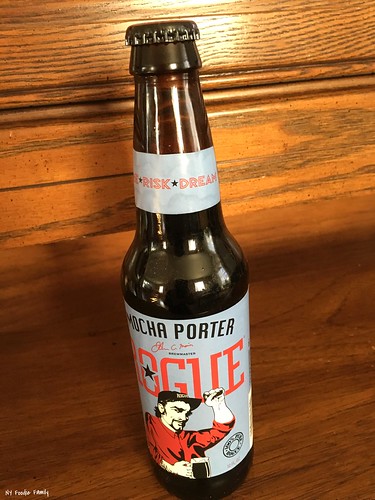 Rogue Mocha Porter – Rogue Brewery and Pub opened in October 1988 in Ashland, Oregon.  The beer is now brewed exclusively in their Newport, Oregon location.  Rogue makes ales, porters, stouts, lagers and spirits, as well as ciders and sodas.  According to Rogue, their Mocha Porter has, “a bittersweet balance of malt and hops with a light cream finish.”  This beer is available year round.  My husband found this beer to be dark and rich with a nice lingering, chocolate-y flavor that he enjoyed.

Verdict:  A Winner!  Would get this beer again. 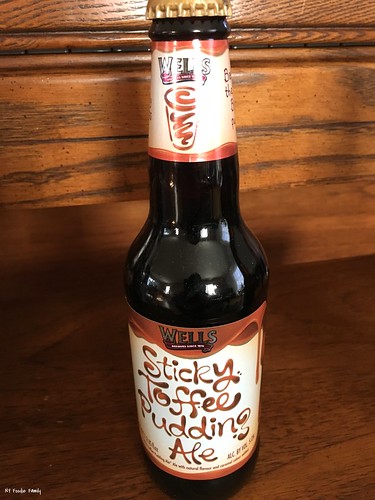 Wells Sticky Toffee Pudding Ale – Charles Wells has been a British family brewery located in the United Kingdom since 1876.  They brew over 25 beers including this Sticky Toffee Pudding Ale.  This beer was inspired by the traditional British dessert, combining darker malts with toffee, caramel and fruity aromas.  My husband found this beer to be dark and rich with a sweet finish.  He thought it tasted like the dessert that it’s named after.  Although different, in his opinion, this isn’t a beer that you can drink more than one at a sitting.

Verdict:  Definitely worth a try.  He’d get this beer again as a treat. 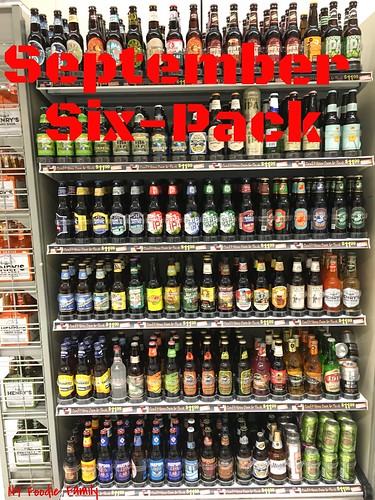 On a recent visit to my local Acme I noticed that they offered a build your own six-pack.  While I know that Trader Joe’s also offers a build your own six-pack, the closest TJ’s is over thirty minutes away.  I’m usually very hesitant to buy new ciders or craft beers because I fear that I won’t like them after shelling $9+ for a six-pack. So I was very excited to be able to take advantage of building my own six-pack and trying some new beers and ciders!   Each month I’m looking forward to highlighting some new beers and ciders that we’ve tried, thus the monthly “Six-Pack.” Here is a review of September’s six-pack : 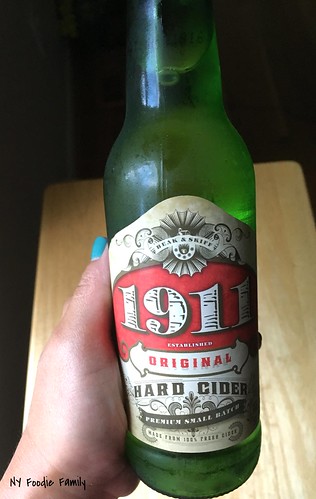 1911 Hard Cider – This cider is produced at Beak & Skiff Apple Orchards in Lafayette, New York where the first apple tree was planted in 1911.  I tried the original flavor of this cider.  The cider was light but dry.  It’s definitely not as sweet as I like.  According to the company website, this cider is semi-dry.  I’m curious to try the 1911 Blueberry Hard Cider and Grapefruit Hard Cider. 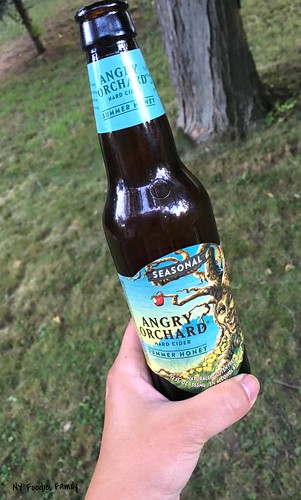 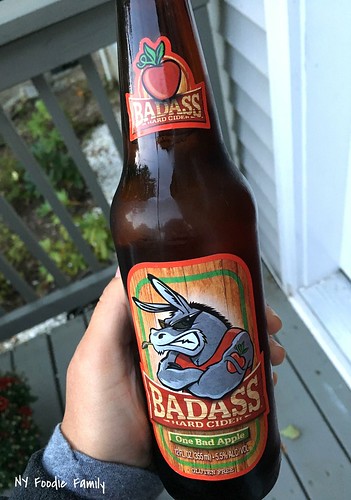 Badass Hard Cider: One Bad Apple – Badass Hard Cider has an interesting label and fun cider names.  However, my kids weren’t a fan of the “badass” name!  This was the most recent cider that we tried and I have to say that this was my least favorite.  The cider’s name is “One Bad Apple” and I thought it tasted like bad apples and had an off taste.  My husband thought it had a wine-like flavor.  We won’t be getting this one again! 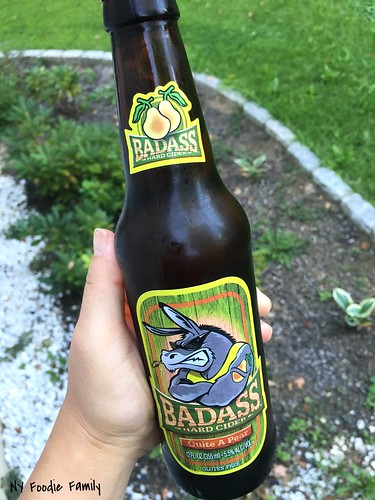 Badass Hard Cider: Quite A Pear – We preferred this pear cider over the other Badass selection.  We really didn’t taste pear in particular, but the flavor was good overall. So far, we won’t be rushing out to buy either of the two existing Badass flavors that they produce. 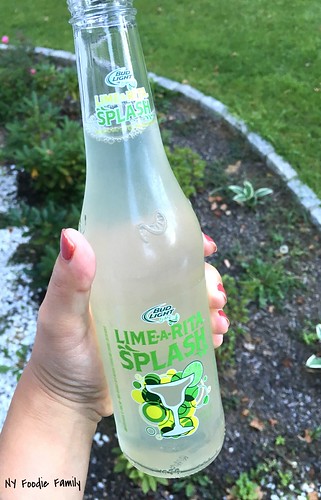 Bud Light Lime-A-Rita Splash – I had been wanting to try these Bud Light -Ritas for awhile now, so I was excited to see this one in the build your own six-pack section.  I was pleasantly surprised by how much I enjoyed this Lime-A-Rita.  I found it light and refreshing and something new that I can add to my preferred drink rotation.  There are a bunch of different flavors in the -Rita line, both in bottles and cans.   Bud Light recently introduced a limited edition Cherry-Ahh-Rita as well. 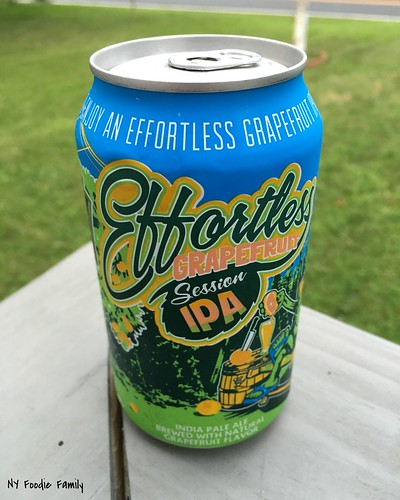 Effortless Grapefruit Session IPA – This was the only beer that we tried this month.  I didn’t realize that this beer is produced by Captain Lawrence, a local Westchester County brewery.    While I’m not a big beer drinker, my husband enjoys a good beer. While he appreciated the distinct grapefruit flavor of Effortless Grapefruit IPA, the overpowering  taste is from the bitterness of the peel. This pale ale wasn’t a favorite of his. 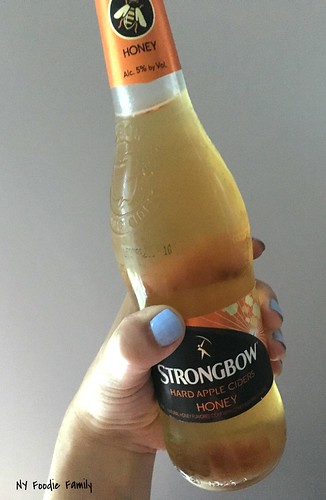 Strongbow Hard Apple Cider Honey – This was my first time trying Strongbow cider.  I’m usually confident that I’ll like any cider with “honey” in the name and this one didn’t disappoint.  This was a fruity and sweet cider, which is just what I like.  Strongbow also makes Gold Apple, Cherry Blossom and Ginger varieties.