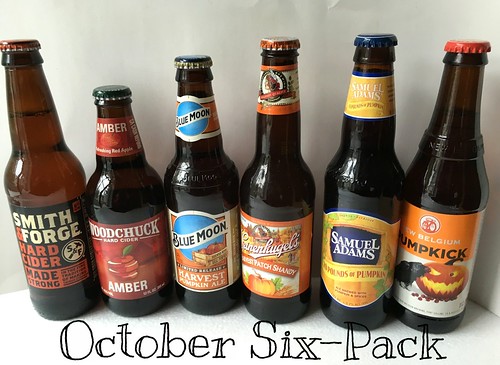 The monthly six-pack gives my husband and I a chance to sample some new-to-us beer and ciders.  The October six-pack has a pumpkin beer theme, perfect for fall.  Since many of the beers and ciders featured below are seasonal, they may not all be available now.  Here is a review of October’s six-pack: 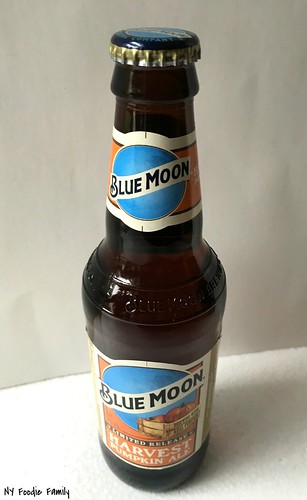 Blue Moon:  Harvest Pumpkin Ale –  Harvest Pumpkin Ale was first created by Blue Moon in 1995 under the name Pumpkin Ale and was the first pumpkin ale available nationally.  This ale is crafted with pumpkin and spices including cinnamon, nutmeg, cloves and allspice.  My husband didn’t think this beer had much pumpkin flavor.  However, I had a taste and could definitely pick up hints of the spices.

Leinenkugel’s: Harvest Patch Shandy – This is a wheat beer blended with natural pumpkin spice flavor including notes of nutmeg, allspice and clove.  My husband could taste the distinct flavors of pumpkin spice in this beer.  However, a shandy usually refers to a beer mixed with a soft drink or juice.  This beer had neither so the name was a bit confusing.  My husband has enjoyed other beers from Leinenkugel’s but this one wasn’t his favorite. 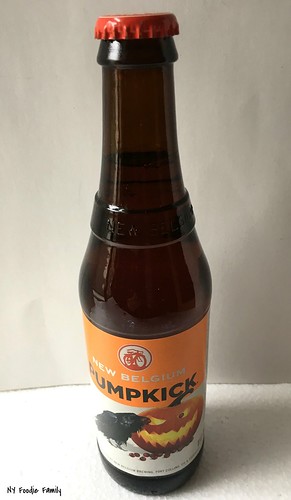 New Belgium:  Pumpkick –  This beer is only available from August through October, so you may not be able to find it in stores anymore.  This is a seasonal ale brewed with pumpkin juice, cinnamon, nutmeg, and allspice with additional flavors of cranberry juice and lemongrass.  My husband found this beer to be very flavorful.  He could taste the not so subtle notes of pumpkin pie flavor.  Overall, he gives this beer two thumbs up! 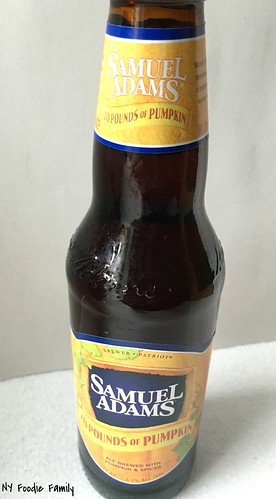 Samuel Adams:  20 Pounds of Pumpkin – This is a new seasonal ale from Samuel Adams.  It’s brewed with pumpkin and spices including cinnamon, ginger and nutmeg, giving it according to my husband, “a dark and spicy flavor.”  My husband found this beer to be very enjoyable.  However, he and I both agreed there was absolutely NO pumpkin flavor to it. 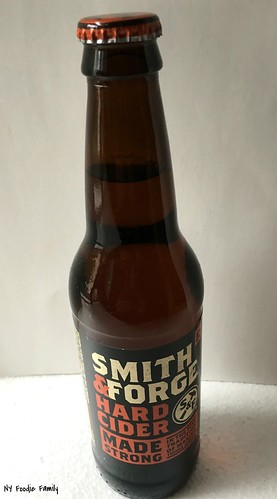 Smith & Forge Hard Cider – This cider is produced in Memphis, Tennessee and is made with five varieties of Washington State apples.  I found this cider to be sweet and very apple-y tasting, which I liked.  I prefer sweet ciders over dry ones and this one was perfect. 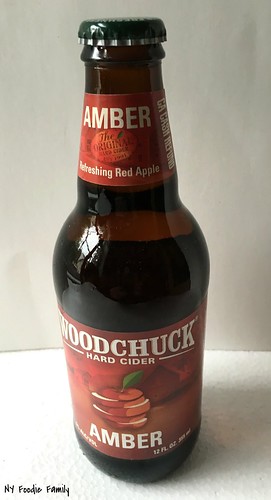 Woodchuck Hard Cider:  Amber –Woodchuck Cider is crafted in Middlebury, Vermont.  Amber is the company’s original cider, which means that this is the cider that I was probably drinking back in college!  This cider has a great apple taste that isn’t too dry.