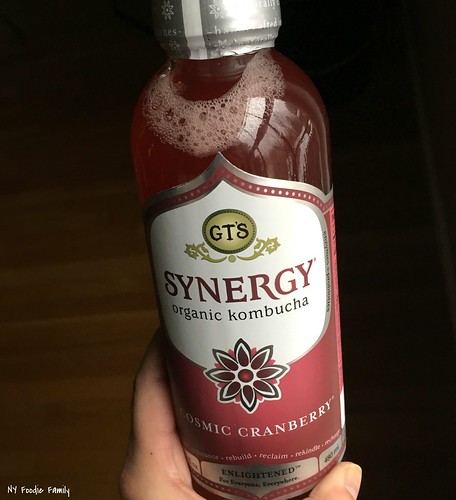 Kombucha.  I’m sure you’ve heard the word, though you may not know what it is.  Although around for centuries, Kombucha has started really trending over the past couple of years.  But what exactly is it you ask?  Kombucha is a sweetened tea fermented by a symbiotic colony of bacteria and yeast (SCOBY).   The beverage is available at health food stores like Mrs. Green’s and Whole Foods and I even spotted it at my local Shoprite.  Many people even homebrew kombucha.  So why the popularity?  Kombucha is alleged to have many health benefits.  As with other fermented foods, kombucha has probiotics, which help to increase good bacteria in the digestive tract.   However, according to the Mayo Clinic, there is no scientific evidence to support the alleged health benefits of kombucha.  As a result of the fermentation process, alcohol is a natural by-product of kombucha.  A University of Maine test sampling of several different kombucha brands found alcohol amounts ranging from 0.5% to 2.5% by volume.  The Alcohol and Tobacco Tax and Trade Bureau (TTB) considers anything greater than 0.5% to be an alcoholic beverage, and regulated and taxed as so.  This of course has created controversy with kombucha producers who are altering formulas to attempt to adhere to regulations while regulators continue to crackdown on kombucha producers.

Eager to try Kombucha I took a trip to my local Mrs. Green’s to buy a bottle.  They had several different brands and varieties of kombucha for sale.  I picked out GT’s Synergy Organic Kombucha in Cosmic Cranberry.  A 16 ounce bottle cost $3.99.  I brought it home and had the family try it and here are the reviews:

I first smelled the beverage and was hit with a strong, vinegary smell.  I found the flavor of the kombucha to be tart and vinegary.  The tartness could be from the cranberry flavor that I had chosen. The taste wasn’t horrible, but I didn’t enjoy it and would not be able to drink an entire bottle of the stuff.

My eight-year-old son gave it a taste and said, “this tastes like the stuff you put on the cucumbers.”  He’s referring to the rice vinegar that I marinate cucumbers in.  This made me laugh since the vinegar flavor was spot-on.  He did not like the kombucha at all.

My ten-year-old  daughter tried it and thought it smelled like beer.  Could she smell the alcohol in it?!!  I couldn’t!  She thought it tasted like cranberry and was very strong tasting but okay.  She didn’t have more than a sip though or ask for more!

So, that left my husband to drink the kombucha!  And he liked it!  He liked the sour flavor of the beverage and the tartness from the cranberry.  He liked that the drink was fizzy, but not super carbonated like soda.   He would drink kombucha again and would like to. 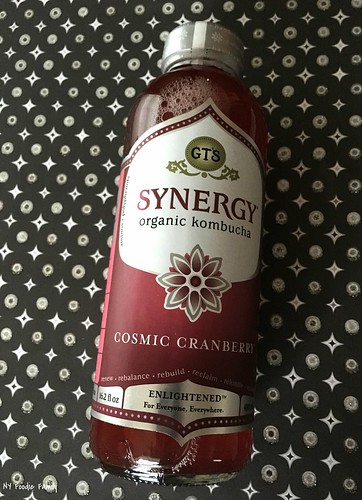 I wasn’t a fan of kombucha.  Since there are no proven health benefits of drinking the stuff, I’m going to pass.  I can’t see forcing myself to drink something that I don’t really like the taste of.  I’ll get my probiotics through other fermented foods like kimchi and sauerkraut, which I actually enjoy eating!  My husband on the other hand will continue to drink kombucha because he enjoys it!