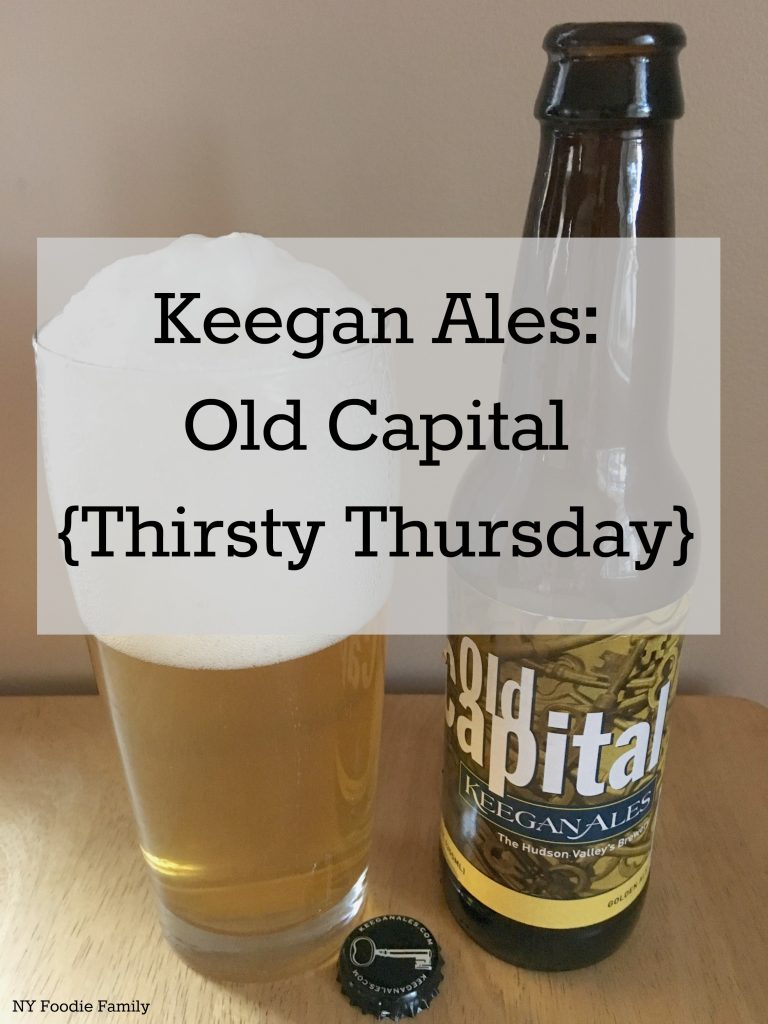 Today on Thirsty Thursday I’m featuring a beer from a local Hudson Valley brewery.  Keegan Ales was founded in 2003 in Kingston, New York.  The brewery has one many awards including 2009 Best Brewery in the Hudson Valley, 2009 Best Brewery in New York State as well as 2009 Best Craft-Brewed Beer in New York State. If you’re in the area, you can get a free tour of the brewery.  Tours are given at the top of the hour from 1-6 PM, Friday through Sunday.  Even better, you can have a meal at the restaurant, which serves fare including appetizers, salads and sandwiches. 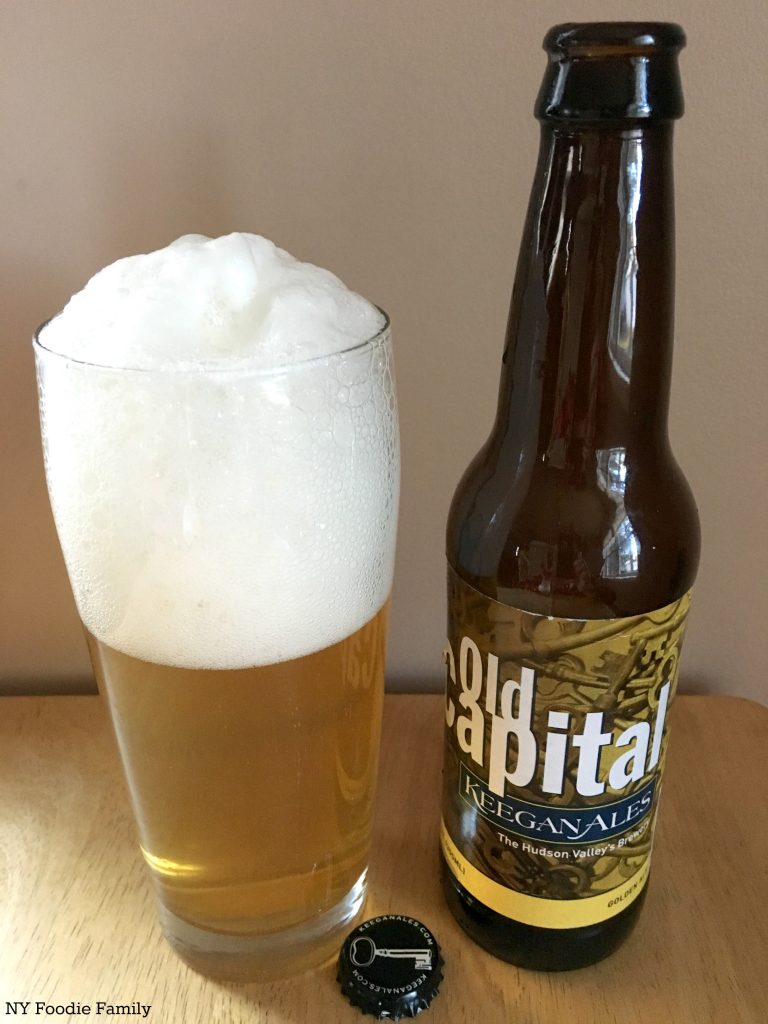 Disclaimer:  I am not a beer drinker.  I’ll take a hard cider or fruity cocktail over a beer any day.  My husband who enjoys a beer now and then is by no means a craft beer expert.  However, he enjoys trying new beers and volunteering his thoughts in our Thirsty Thursday posts!

Keegan Ales brews six beers as well as the occasional seasonal and specialty beer. Today, I’m featuring their Old Capital.  Kingston became New York’s first capital in 1777 and is where the first New York State Senate was established.  Old Capital pays homage to Kingston’s historical significance.  It’s a traditional, golden ale with a slight malty, citrus aroma.  I poured the beer into a Food Network Craft Pub glass.  I’m not sure if it’s the glass, or more likely the way that I poured the beer, but as seen in the photo, there was a HUGE foam head on the beer.  After a little research, I discovered that it’s definitely the way that I poured the beer!

I bought this beer at Acme, where they have a build-your-own six-pack for $11.99.  While they have a limited selection of craft beer and ciders, they almost always have a couple of different beers from local breweries available.  Old Capital is available in bottles throughout the tri-state area (New York, New Jersey and Connecticut).

Verdict:  Recommend.  While there’s nothing particularly noteworthy about this ale, it’s pleasant tasting and my husband would drink it again.