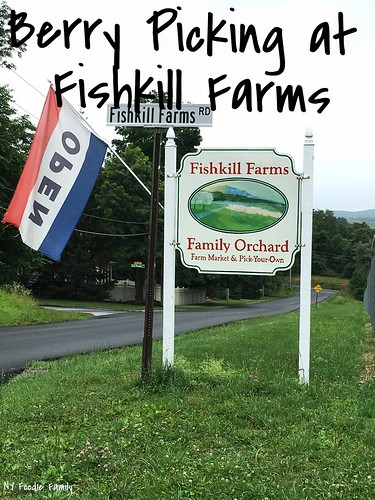 Our family recently visited Fishkill Farms in Hopewell Junction, New York for some berry picking.  Last year we visited the farm in mid-June and went strawberry picking.  Unfortunately, strawberry season at the farm is only in June.  However, we got a chance to pick blueberries and raspberries for the first time.  From the pictures, you may notice that we went on an overcast afternoon.  The temps were cooler which made for comfortable berry picking and the fields weren’t crowded. 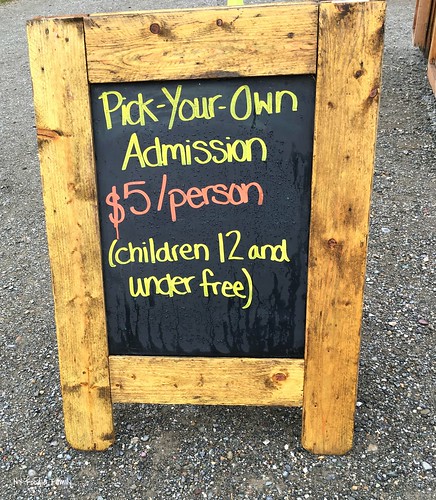 When you arrive at the farm there is a field to the right where you can park (for free).  There is a booth in which you pay an admission fee for adults and children over 12.  According to their website, picking fees vary per day, time of year and what crops are in season.  The admission fees help cover the cost of maintaining the farm for public use, fruit sampling and more.  When we visited the farm this past Saturday, our admission fee was $5 per adult. At the booth you are also given containers to store your picked berries. 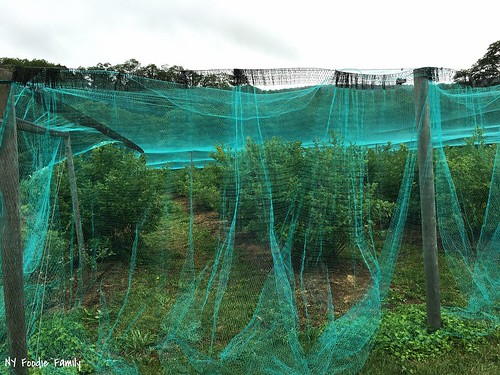 We first started picking blueberries.  The blueberry bushes we were told to pick from were enclosed in netting.  There were plenty of bushes in varying sizes available to pick from.  Each bush had berries in varying stages of ripeness. 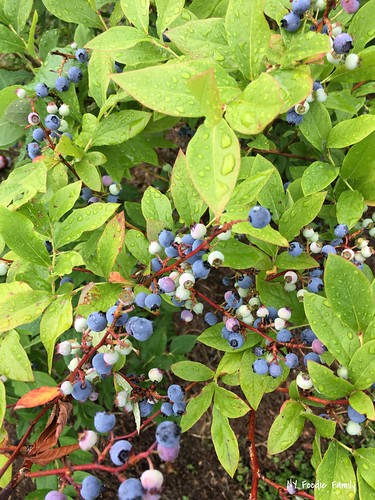 We were on the lookout for large, ripe berries, and there were plenty of them! 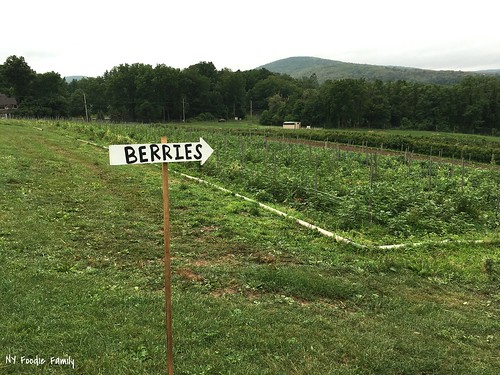 From the blueberry bushes we headed towards the raspberry bushes.  As we descended the hill, there were labeled signs. 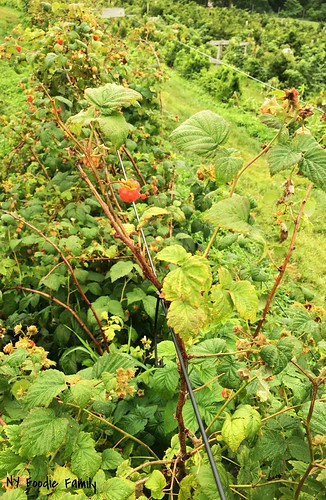 There were several rows of raspberry bushes, again filled with berries in various stages of ripeness. 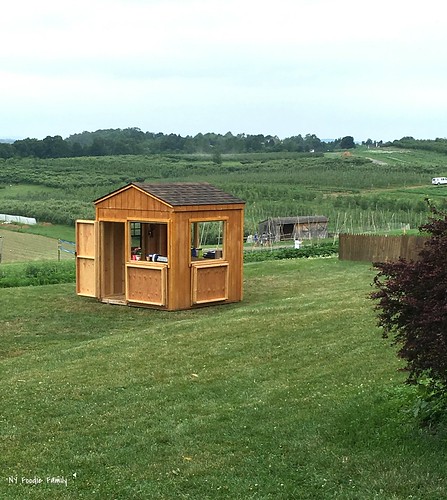 After picking the berries we went to the pay stand.  Prices are NOT advertised before picking, so you may want to call before deciding to pick. 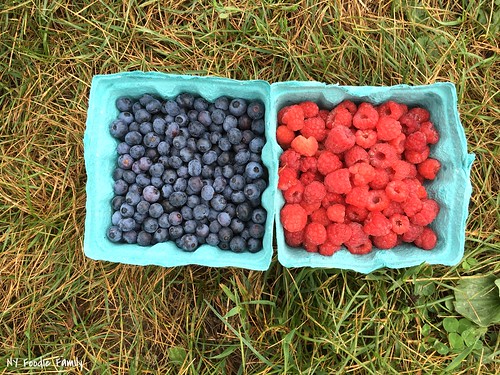 The blueberries ended up costing $10 a pound and the raspberries were $14 a pound.  They do accept credit cards! 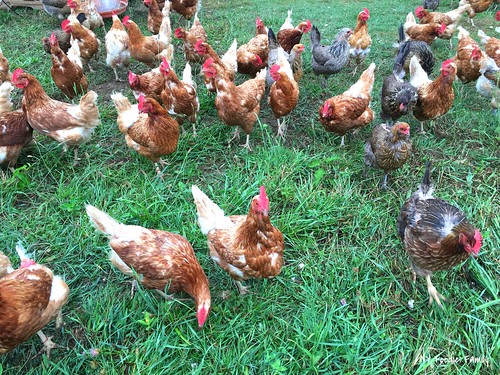 After berry picking, we visited one of the chicken coops situated in the fields. 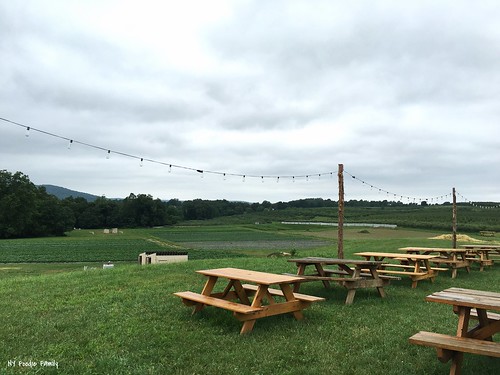 The farm is large with beautiful views.  You can even host parties and events out in the fields. 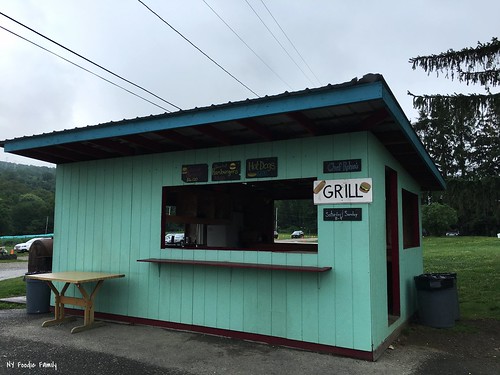 On weekends, there is a grill stand that serves burgers and hot dogs.  We were planning to eat dinner out so opted not to eat here. 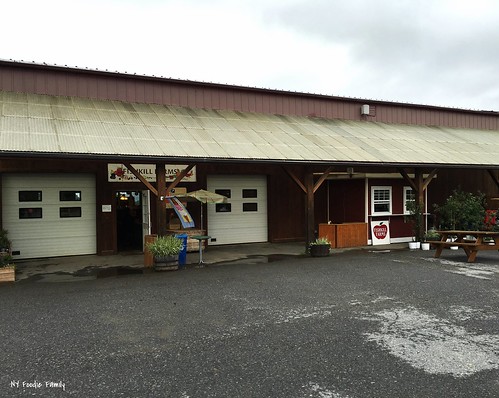 There is also a farm store, where you can purchase homemade jams, fruit and vegetables from the farm, doughnuts, pies and other locally produced packaged goods.

Fishkill Farms is a great farm to go berry picking.  It is especially popular in the fall for apple picking. The farm is open daily from 9 AM to 6 PM.  You can check out their Facebook page for updated information.  We had a great time and will be back in the fall to pick some apples and have some homemade doughnuts!